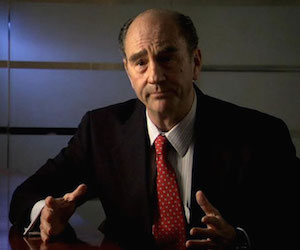 May 25, 2015
By Rosa Miriam Elizalde
Reposted from: http://en.cubadebate.cu

He is one of the most famous attorneys in Washington and perhaps the only one to have won several cases before the United States Supreme Court, and the system has changed the laws to return to the starting point. Thomas B. Wilner represented the detainees of Guantanamo in the trial that established their right to receive legal counsel, and in the two decisions where the Supreme Court confirmed the right of these detainees to habeas corups, but justice still remains to be done.

As he himself recognizes, that prison continues to be a symbol of a country, the United States, which disdains the rule of law. “Guantanamo must be shut down because it is expensive, inefficient, and hurts our international position”, Wilner stated, as an attorney for the legal firm of Shearman & Sterling, in Washington, and representative of the US establishment. Before becoming a jurist of the first order, he studied at Yale and then went to law school at the University of Pennsylvania, two fo the best and most expensive colleges in the United States. He shares his alma mater with Republican President George W. Bush and Democrat congressman John Kerry.

Wilner was the spokesman for a group of American attorneys that has represented prisoners of diverse nationalities, illegally detained in the Military Base of Guantanamo. Among the detainees were 12 Kuwaitis, Wilner’s clients, who were tortured by American soldies in Afghanistan and Pakistan before being sent to the base in Cuba.

We have discussed the prison in Guantanamo on other occasions, but this is the first time that our conversation takes place in Washington and focuses on the territory beyond just the prison: the occupied strip of Cuba occupied by the government of the United States. This is one of the topics that the Island has placed as an obstacle to be surpassed on the way to normalize relations with the Giant of the North.

-Does President Obama have presidential authority to return the Guantánamo naval base territory to Cuba without seeking Congressional approval?

– I believe that the president does. I would need to do more research to be certain, but I believe he has the unilateral authority to do this. What has been raised before as an impediment to him doing so — the Helms Burton Act — does not require congressional approval. Actually the Guantanamo treaty itself is unclear about how it could be ended. I think that certainly some in congress would say that it cannot be ended without at least US Senate approval. Senate approval is needed to create treaties, and many would likely argue that Senate approval would be needed to end the treaty.

As a practical matter, even if the president has the unilateral authority, it is extremely unlikely that any president, democrat or republican, would end the treaty without at least tacit approval from congress.

-Please comment on Cuba´s position that full normalization of relations with the United States is a long and involved process composed of several key elements, including the return of the Guantánamo territory to Cuba.

-Honestly, that is a position of Cuba. It is not my proper role to comment on Cuba’s position. I could certainly understand Cuba taking the position that the return of Guantanamo would be a precondition to full normalized relations. If it is their position, I respect it.

-From a legal point of view, what are the essential differences between a return of the territory to Cuba and simply closing it as a prison?  Why did the United States choose to build a prison in Guantánamo, rather than on another of its many bases around the world?

-a) Well, they are totally different questions. The US could close the prison and not return the territory to Cuba. Indeed, if the United States stopped using G. as a prison and used it only as a naval base, it would probably be in compliance with the original treaty. If it were in compliance with the original treaty, nothing would compel it to return the base to Cuba aside from improving relations with Cuba.

b) This is a very interesting question. The US treaty with Cuba leasing Guantanamo to the US, says that Cuba has sovereignty over the base but the US has full jurisdiction and control. In other words, although technically it is sovereign Cuban territory, the US exercises full power and authority over it. Guantanamo is unique in that regard. The U.S. has no other base where it has such full and unfettered authority and lacks sovereignty. This distinction gave the US the argument that the US courts had no jurisdictions over the executive’s actions in Guantanamo. It gave the Bush administration a legal argument that it could operate in Guantanamo any way it wanted and do whatever it wanted to the prisoners there without any legal review.

In other words, the Bush aministration claimed that it could operate in Guantánamo outside the law.That is in fact the concept that we challenged in US courts. And the Supreme Court eventually agreed with us and held that the US government could not detain people there without them having access to some sort of court review.

Let me explain a bit more. The U.S. could not exercise the same complete control and jurisdiction over a place in France, England or Mexico, for example. In those places the US could not operate any way it wanted because government of the country has control.. Guantanmo was different; it is a unique place where the US could do whatever it wanted because no otter country could step in and stop it. The Bush administration could detain people there without the courts or the government of another country having the authority to review the propriety of its actions or to stop it. At the same time, because Guantánamo is in another country and not in US territory, and because that other country has still has “sovereignty” over the territory, the Bush administration had a legal argument that the US courts also could not review its actions undertaken there. That is the argument we had to defeat.

-Is the prison on the Guantánamo naval base a violation of the “lease” that the US has with Cuba?  If so, what if any recourse does Cuba have to argue that the US is violating its lease?  What legal forum would be available to Cuba?

-I believe that the use by the United States of the G. base as a prison clearly violates the terms of the treaty. The treaty or lease that the US entered into with Cuba for the G. territory said it would be used as a coaling, really a fueling station, for the navy. The use of it not for that purpose but as a prison violates the lease.

What to do about it? Well, if Cuba was a military power it could potentially throw the US out — but that is an unlikely proposition.

The real question is where can Cuba go to get this answered. I see a few possibilities, though more research is needed. I think that going to a forum, an international legal forum, to get an opinion saying the US was violating the lease, might not force the US out of Guantánamo, bot it would provide moral force to Cuba’s arguments. Cuba might try to go to the ICJ. Under article 36 of the ICJ’s charter, the organization can interpret treaties among UN member states. Sometimes the ICJ needs both party to agree for the ICJ to hear the case. Someone needs to research whether Cuba could present its case without US consent. . Cuba could also ask the UN general assembly to ask the ICJ for an advisory opinion on the issue. So they could do it through the UN general assembly.

No international body can force the US to do something it doesn’t want to do. But by ruling that the US is not acting in accordance with the treaty, it would help convince the US to remedy this.

-What is the legal situation now for the remaining prisoners on the base? Why hasn´t the Obama Administration closed the prison, since it was one of President Obama´s electoral promises?

-a) This is very hard to answer in brief. The current legal situation is that the president is prohibited from taking any of the prisoners in Guantanamo and transferring them to the US mainland. He is allowed to transfer them to other countries if the secretary of Defense certifies that the country to which they are being transferred is taking steps to substantially mitigate the risk that the prisoner will undertake terrorist acts in the future. The law is, at this moment, being debated in Congress, to decide if this will change. Because of a Republican majority in Congress, there is a chance that congress will make it even harder to transfer detainees to other countries.

On the other hand John McCain is the Chairman of the Senate Armed Committee, and he wants to close Guantanamo and wants to make it easier for Obama to transfer prisoners at least to a prison in the United States.

b) In my view, Obama is most responsible for Guantanamo still being open. He said he was going to close Guantanamo when he took office and he had full authority to do so without any restrictions from congress. He could have transferred detainees to the US or other countries without restrictions. He did not do so because he did not want to stir up opposition among republicans. He put Guantánamo on the back burner and gave priority to other things.

He also reversed a plan to take some clearly innocent people into the US from G. when a congressman criticized him for trying to do so. Congress sensed weakness and found that it was politically useful for them to play on the fears of the American public, emphasizing the danger hope releasing detainees. They falsely emphasized the danger of releasing anyone from Guantanamo, saying they were all terrorists. The Obama administration did not rebut those accusations. Congress imposed restrictions on moving prisoners and the administration let it happen.

I can also say that in my view it was a demonstration of stunning incompetence by the Obama administration.