“After 16 years and, I think, three months and four days in prison, being released 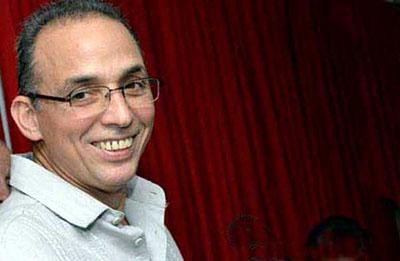 and returning to my homeland, there is no way, no words to describe that moment (…) What I can say is that from that moment on (…) all that time spent in prison was erased.

“(…) First of all, we would have been willing to fulfill the task we had been sent to complete under the greatest secrecy, and could have died there like other comrades (…). Later came prison, where some of us were sentenced to life, we would have also been willing to die in jail. We knew from day one that the leaders of the Revolution, our government and people weren’t going to abandon us (…). Even in the worst times, we felt that freedom, that joy, that feeling of usefulness of being there denouncing every day the double standard of the empire’s policy in its much-vaunted fight against terrorism. And that was useful, this cause brought many people from around the world together (…) This inspired me to write, to paint, which was another way of feeling even more useful and free.

“So we arrived here, and the year has flown by in the blink of an eye (…) Its been a year in which we have wanted, above all, to express our gratitude to our people and all our friends.

“Just to be clear, from the day we arrived we expressed our willingness to undertake whichever task might be needed to our President, Army General Raúl Castro Ruz; we told him ‘Please also let Fidel know that we are here.’ And our country decided that we would spend the year, not only sharing with our families, but also meeting with many collectives, many young people…

“So sometimes, when we ask, ‘where are we going, what is there to do?’ they tell us: ‘but you are working.’ And yes, all these activities throughout this intense year have been genuinely useful and beneficial (…) I think we have received feedback and learned more about the Cuban reality every day. I believe this is also important for any other task that will no doubt come our way, which we will take on with the same willingness as the very first day.” 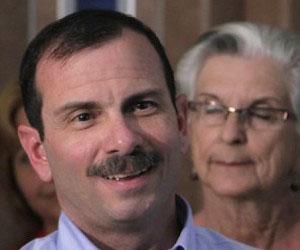 “It’s been an intense year. Both René and I had said that our freedom and happiness would not be complete until the other three returned. And on December 17, 2014, this wish came true.

“We have always been a unit. The fact that two were this side of Florida and three were on the over didn’t mean that this bond had disappeared. We have and always will be five brothers.

“At last, on December 17 the unit was complete, and with it our freedom and happiness, because one didn’t feel completely free and happy until everyone was back. This was the first meaning of that day in December.

“Next arrived the moment to share that joy with the greatest number of people possible and, at the same time, commit to thanking them for their efforts over so many years to secure our release. This has been pretty much what we have dedicated ourselves to during 2015.

In my case, as I work at the Cuban Institute of Friendship with the Peoples (ICAP), when I meet with delegations or attend some international event, one of my main tasks is to thank friends from around the world, for the years of struggle, 16 long years, for organizing activities, contributing resources and energy to this battle.

“When I arrived in Havana on February 28, the families of the three who were still incarcerated received me with genuine joy, as if I were one of their sons, although we all knew that deep down there remained the pain for those who were still in prison.

“Despite the fact that a year has gone by, this is why I still so greatly enjoy this relationship with Tony and Mirtha and Maruchi, with Ramón and his family, with Gerardo and Adriana and Gema, because their families received me as I were one of them.” 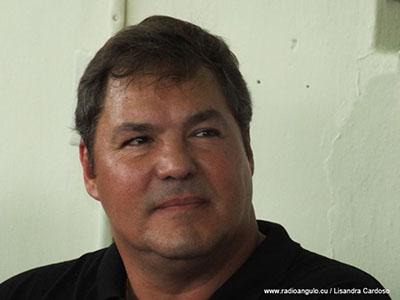 RAMÓN LABAÑINO: A year of love

“Since we returned we have experienced moments of complete joy. It has definitely been a lively year. We have visited countless places and people not only in our country but also aboard. But I think of everything we have experienced the one thing that has impacted on us the most has been the immense affection which our people have expressed to us in everyone of these encounters throughout the year, the acts of spontaneous affection, warmth, expressions of gratitude…from those who live on this island and those who don’t.

“While we were in prison we imagined that our return and reunion would be a great event, but the reality exceeded our dreams. In these 12 months we have had the opportunity to learn first hand about what the people feel, about their concerns and expectations regarding the Five And the effect on us has been to assume a great responsibility in response to so much recognition. The people have put us in a very high place and we will always be thinking about how to best fulfill the expectations of us, what the Revolution demands of us.

“Today the scenario Cuba is experiencing with regard to the reestablishment of relations with the U.S. and the process of social-economic transformations underway, demand better preparation, consistency, study, updating, something to which we feel extremely committed, because we are part of the project and Cuban society, and this is what we have been absorbed in this year.

“I would describe it as a year of love, but above all one of learning, rebuilding, of coming down to earth as we Cubans say. I think that we are still landing and getting up to speed in every sense. The first and last thing we always say, and have said most often this year, is thank you and I think we will keep saying it for a long time.” 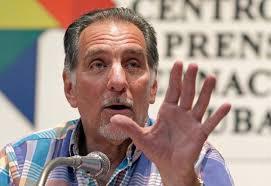 “The return of my brothers for me is a healed wound. I always said that I would never be completely free as long as they weren’t here, and every single day after my release, while they were still incarcerated, this was a weight I carried (…). So for me it was the healing of a wound and complete freedom. On the other hand, more than just for me, their return was a resounding, overwhelming triumph for the Cuban people, for our families, for solidarity (…)

“This year has been…I thought it was going to be the year of my ‘freedom.’ But in fact it has been completely the opposite. It has been a year full of activities that has flown by. During which we have done everything possible to pay our debts of gratitude owed to many people around the world. It has been a year of celebration with our people, in the streets of Havana or with those who love us from abroad. A year to enjoy this victory (…).

“Our visit to Pico Turquino is an example of our optimism, because during our first days in solitary confinement, I think even before the end of 1998, we were already talking about the day that we Five would be celebrating together at Pico Turquino. At that time people still didn’t know about the case, Fidel hadn’t yet said ‘they will return’, and we knew deep down that one day we would all climb Pico Turquino together. So that visit was the fulfillment of that promise, but also the materialization of that optimism, that confidence (…)”
GERARDO HERNÁNDEZ. Photo: www.thecuban5.org

GERARDO HERNÁNDEZ: The 17th a date to celebrate

“This year has flown by (…). It’s not only about the 16 years we spent in prison, but also the time we spent on the mission, almost 20 years away from our homeland (…). But the encounter with our people was truly striking, it was also a great joy to reunite with our families, with the people, from the very first day we received affection from all.

“I would say that the most important aspect of this year, in addition to key moments such as our encounter with our Comandante en Jefe or February 24 when we were awarded the decoration of Heroes of the Republic of Cuba, were our exchanges with our people, an enriching experience in all the places we visited.

“We often dreamed of returning (…) The papers said that I would never return to Cuba and in just a few days your life takes a 180-degree turn and you return to your country. From being sat in a prison, with hardly any human contact, no social life, you suddenly find yourself surrounded by your people (…).

“When I found out Adriana was pregnant I felt overjoyed, but also overwhelmed with sadness. When they confirmed the pregnancy I felt huge anxiety not knowing if I would ever be able to meet my child or if I would arrive in time to see him born or raise him. In the end everything turned out perfectly, we returned on December 17 and Gema was born of January 6.

“My life changed overnight (…) I went from being in a maximum-security prison to traveling everywhere with everyone approaching to embrace me. And amongst all this, being able to hold Gema…it’s difficult to put into words.”

“Sometimes I long for anonymity, but on the other hand you know that the people who come up to you could have been on a march, in an auditorium for the Five, out in the sun and rain; they could be the people who wrote to you, who worked in solidarity, who made beautiful gestures toward us, so I always try to engage with them.

“For us, Thursday December 17 will be like a birthday, we will all get together, with our compañeros from the Ministry of the Interior. I know that many people will be thinking of us on that day.”