200 Delegates from over 30 countries around the world recently returned home from the successful 4th International Seminar on Peace and the Abolition of Foreign Military Bases. The 3 day gathering was sponsored by the Cuban Movement for Peace and Sovereignty of the People (MOVPAZ), the Cuban Institute of Friendship of the People (ICAP) and the Global Peace Council. Held in the Guantánamo Province of Cuba, the meetings happened in the shadow of the US military base in Guantanamo Bay. “GTMO” has illegally occupied 117 square kilometres of Cuban territory for over 100 years, as well being infamous as a detention and torture camp since 2002 and the beginning stage of the US “War on Terror”. 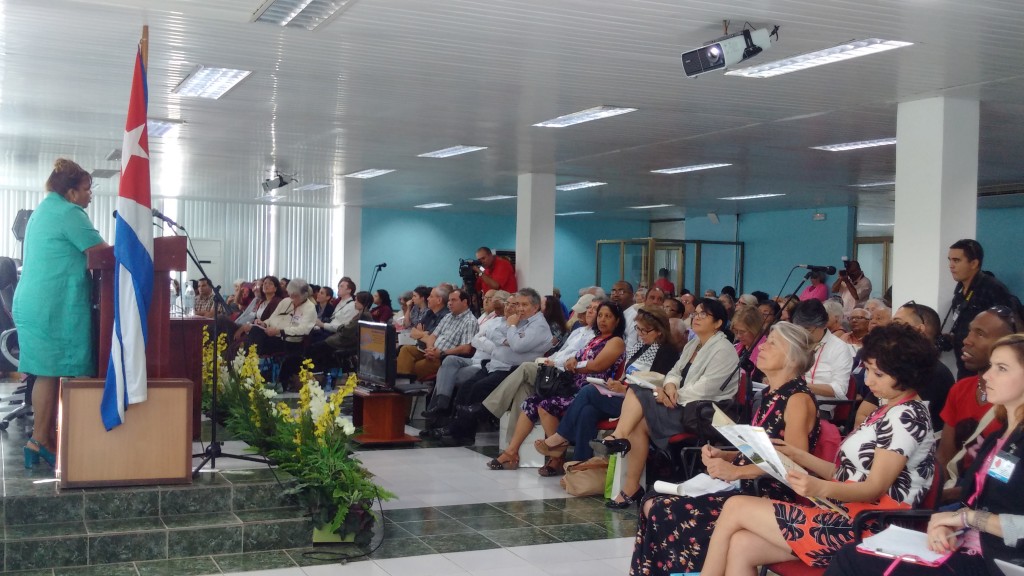 The conference took place during a dynamic and important time in US-Cuba relations. Almost one year ago, Presidents Raul Castro and Barack Obama announced that after over 50 years diplomatic relations between Cuba and the US would resume, and negotiations would begin towards the “normalization” of relations between the two countries. The announcement also included the incredible news that the remaining Cuban 5 political prisoners held in US jails were being released and headed home to their families in Cuba. While this was a major victory, Cuba has made it clear that there is no “normalization” until the illegal and immoral US blockade of Cuba is lifted, and the US closes its military base in Guantanamo and returns the land to Cuba. 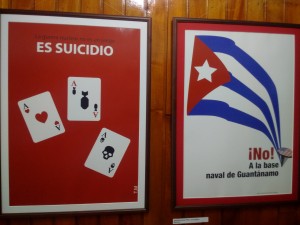 The US has at least 800 military bases in other countries around the world. While the US bases are centres of war and occupation, they also have devastating effects on the local populations. Delegates from Japan, Colombia, Mexico and the Marshall Islands all brought testimony of the terrible consequences of having US military bases on their land. Already there are 131 US military facilities and 50,000 US troops in Japan. On Okinawa alone there have been over 5,000 arrests of US soldiers for abuses including murder and rape of the local population, with the perpetrators rarely facing consequences.

Conference presenters detailed how despite over 50 years of protest by the Cuban government, the US refuses to leave its military base in Cuba. It sites the Cuban–American Treaty of 1903 which established Guantanamo Bay as a US naval base, with both parties needing to consent to its closing. Since the Cuban Revolution of 1959 Cuba has reiterated the obvious: the treaty was imposed by force on Cuba, and the naval base is not welcome. The US for its part has made it clear that it has complete disregard for the sovereignty of Cuba. It sends a cheque of $4,085 each year as a supposed rental payment for the land, which Cuba refuses to cash.

One of the most important aspects of the conference was the high participation of organizations and individuals from within the United States. CODEPINK, a major women-led peace organization, brought a delegation of over 60 members while the International Committee for Peace, Justice and Dignity of the Peoples as well as Witness Against Torture, the United National Antiwar Coalition and many other organizations sent delegations as well. Retired US Army Colonel Ann Wright led the CODEPINK delegation, and gave a presentation titled, “The Presence and Impact of US Military Bases in Latin America and the Caribbean, and the Threats to Peace in the Region”.

Thomas Davies from Vancouver Communities in Solidarity with Cuba (VCSC), and Azza Rojbi of the recently reorganized Friends of Cuba Against the US Blockade – Vancouver (FCAB) participated in the conference. Both organizations came with many different materials, from banners to buttons to postcards, which were very popular among participants. These were to share with conference participants and emphasize that the Cuba solidarity movement must continue with the momentum and level of organization and coordination gained by the Cuban 5 victory, as well as utilize the lessons learned of the necessity of the consistent and creative campaigns. The Free the Cuban 5 Committee – Vancouver (now FCAB) organized 110 consecutive monthly pickets in front of the US Consulate in Vancouver demanding the release of the Cuban 5. Now, for the last 3 months FCAB has joined the international call to organize solidarity actions on December 17 by organizing its own consecutive monthly pickets in front of the US Consulate demanding, “End the Blockade on Cuba Now!” “Return Guantanamo to Cuba Now!” Organizers in Toronto and Quebec have joined as well. Ottawa organizers are also busy organizing an action in front of the US Embassy on December 17. 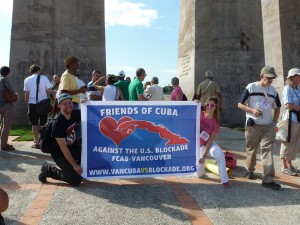 The 4th International Seminar on Peace and the Abolition of Foreign Military Bases was a successful gathering because it brought organizers together from around the world to emphasize an important point: Foreign military bases, especially of US origin, are a global problem and thefor require a global movement to defeat them. VCSC and FCAB organizers also played an important role in demonstrating and proposing concrete actions for the international campaign move forward with. The people of Cuba also demonstrated again they are more than willing to join this fight, not just to close the base they suffer from on their own land, but every base everywhere. Together and united, the world demands, “Return Guantanamo to Cuba! Close all Foreign Military Bases Now!”